It's Not All About The Cloud, Says Hostway CEO

Emil Sayegh, our CEO, spoke at the NexGen Cloud Conference and Expo telling the audience, “It's not all about cloud."
That’s a catchy quote, for sure, but there is a whole lot more meaning behind it, which is based on our experience working with customers. Emil was also quoted as saying, "I cannot describe to you how many companies come to us and say, 'We are overspending with AWS, overspending with Azure." 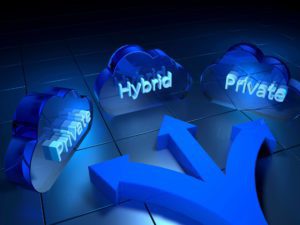 Hybrid cloud is a construct that solves a lot of problems and eliminates a lot of risks associated with the traditional cloud.

Emil says that hybrid infrastructure connecting clouds with on-premises networks, for most customers, is the right solution. Some workloads are great sitting in the cloud. Others, often those with predictable loads, like databases, typically achieve greater cost efficiencies on dedicated gear.

Read this CRN article for a full report on Emil’s remarks at NexGen.

How to Know If You Need a Website Refresh

Web Design Trends and Standards for 2021

Stay in the Loop

Stay ahead of the pack with the latest news, web design advice, and digital insights, delivered straight to your inbox.